MOST of the 47 mining and quarrying deaths in Queensland over the past 20 years were usually a combination of failure of controls, a lack of training, and absent or inadequate supervision, according to a report commissioned by the Queensland Mines Minister which he has tabled in Parliament.

The report by Dr Sean Brady is highly critical of the Queensland mining industry and its regulators in relation to safety. It analyses the fatalities, serious accidents and high potential incidents that occurred in the Queensland mining and quarrying industries over the past 20 years. Dr Brady found very few of the deaths were caused by “freak accidents” and “almost all were the result of systemic, organisational, supervision or training failures either with or without the presence of human error”.

He warns that 12 Queensland miners will die every five years if the industry did not break the fatality cycle and if training, supervision and the regulatory system are not overhauled.

This article explains the Report’s finding in relation to training and supervision in more detail, as well as some of the solutions Forsythes Training has to help the mining and quarrying sector to address some of the issues raised in the report.

Queensland mining and quarrying industries’ training and supervision must be overhauled 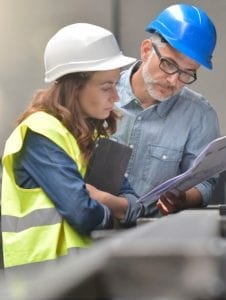 The report and its recommendations talk a lot about the need for better training and supervision, including senior management ensuring supervisors having the right competencies.

Two of the reports 11 recommendations specifically address training and supervision.

Recommendation 3 of the report states the industry to focus on ensuring workers are appropriately trained for the specific tasks they are undertaking.

The report says a total of 17 of the 47 fatalities involved a lack of task specific training and/or competencies for the tasks being undertaken. A further nine had inadequate training. These tasks were often undertaken at the direction of supervisors or others who were aware of these deficiencies. In many cases this lack of training resulted in the worker being unaware of the hazards involved in completing the task or the worker operating equipment in a manner that exposed them to hazards.

It cites an example of a fatality demonstrating a lack of training that occurred at Foxleigh in 2005. A worker, who was not trained or assessed as competent, did not deflate a tyre prior to removal, which is a requirement of the national standards. The mine site also did not communicate changes in its tyre fitting procedure to the contracting company. These failures led to a sudden release of pressure that propelled components of the rim assembly, which struck the worker and caused fatal injuries.

Recommendation 4 states the industry needs to focus on ensuring workers are appropriately supervised for the tasks they are undertaking.

In relation to the role of training and supervision in fatalities the report says 17 of the fatalities involved a lack of training for the specific task they were undertaking and inadequate or absent supervision. For example, a fatality occurred at Grasstree Mine in 2014 where a worker, who was not assessed as competent, was sent to calibrate a gas detector. The worker was unsupervised and not familiar with the area of the mine. These factors led to the worker being unaware of the presence of an irrespirable atmosphere, which led to his death.

Queensland legislation regarding coal mines not being followed

The report says that regarding supervision, the Queensland legislation is clear with respect to coal mines: ‘A supervisor at a coal mine is a coal mine worker who is authorised by the site senior executive to give directions to other coal mine workers in accordance with the safety and health management system’. The legislation is also clear regarding a supervisor’s competency. A site senior executive must not assign the tasks of a supervisor to a person unless the person ‘is competent to perform the task assigned’. The site senior executive must ensure ‘adequate supervision and control of coal mining operations on each shift at the mine’40 and ‘adequate supervision and monitoring of contractors and service providers at the mine’. The Queensland legislation also includes similar provisions for Mineral Mines and Quarries.

The report says its findings are consistent with a fatality review undertaken in Western Australia in 2014 (which found that a lack of compliance with safe work procedures were major contributing factors to fatalities, as well as the worker’s short duration at the mine site. The WA Fatality Review regarded these two factors as reflecting a lack of training and familiarisation on behalf of the deceased worker.

The WA Fatality Review also highlighted major deficiencies in supervision. From analysis of the 52 fatalities which occurred during this time period, it was found that ‘44 per cent of fatal accidents occur under the supervision of a person in their first year in the role, with 6 per cent in the first month’. The Review also found that almost ‘a quarter of fatalities involved a supervisor in their second and third year in the role’ and overall ‘68 per cent of fatalities occurred during the supervisor’s first three years in the role’. The WA Review recommended that the ‘training of supervisors is regarded as a key issue in accident prevention’ and  concluded that this data ‘shows that new and inexperienced workers are at particular risk’ and required ‘close supervision’ and adequate safety training.

The report will have implications for other states, shining a spotlight on safety training and supervision.

Forsythes Training solutions for the mining and quarrying industries 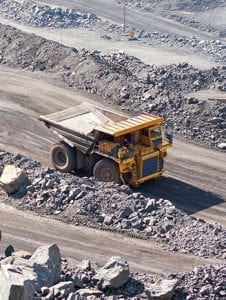 Forsythes Training has a comprehensive suite of training programs to support the industry in addressing some of the issues raised in the report.

Courses include nationally recognised qualifications and short courses in leadership and management, WHS, Training and Assessment Education (TAE). It runs specific courses and programs for the mining sector including mine supervisor training which covers some of the RII risk assessment units of competency (S1-S2-S3 and G2).

In our experience training mining supervisors, what is important is giving them self-awareness and other emotional intelligence skills to be able to properly supervise and communicate with their team members.

Forsythes Training is also working with the NSW Resources Regulator to deliver the one day learning from mining disasters training program.

For more information on these qualifications as well as customised and contextualised training for your mining or quarry business, visit our website or talk to our expert team today by calling 02 4922 0122 or emailing training@forsythestraining.com.au.

Face-to-Face training is coming back but online learning is here to stay! For more information, or if you wish to talk to a trainer and assessor, please call us on (02) 49220122, complete the contact us form and subscribe to keep up to date.