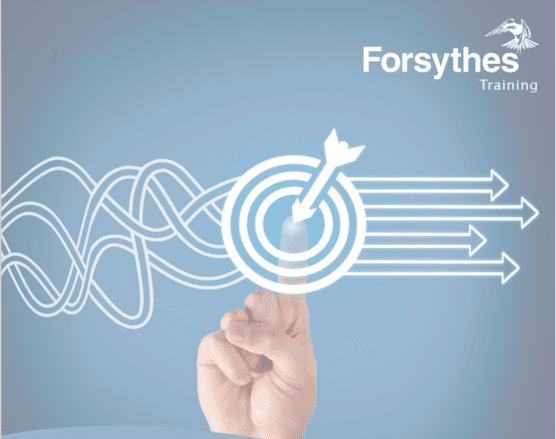 On May 26, at the National Press Club, Mr Morrison said skills and training would be a major target for reform in the JobMaker plan.

The Prime Minister said JobMaker will help get the economy out of ICU. The plan is aimed at restoring jobs that have been lost during Covid-19 but also to create a new generation of economic success with “an educated and highly-skilled workforce that supports not just a thriving and innovative services sector, but a modern, competitive and advanced manufacturing sector”.

As well as skills and training, the plan will also focus on industrial relations, energy and resources, higher education, research and science, open banking, the digital economy, trade, manufacturing, infrastructure and regional development, deregulation and federation reform, as well as a tax system to support jobs and investment.

His focus at the Press Club was skills and industrial relations. Details on other elements will be discussed in the months leading up to the October budget.

“So on skills, we need Australians better trained for the jobs businesses are looking to create because that’s important,” Mr Morrsion said.

He said there were three areas of focus at a Federal level.

One. A complex system that is clunky and unresponsive to skills demands.

Mr Morrison said there was a lack of clear information about what those skills needs are, now and into the future to guide training and funding.

Two. A funding system marred by inconsistencies and incoherence.

He said “currently, the average timeframe to develop or update training products is 18 months, with a third taking over two years to update. For prospective students, the large number of choices that they face for qualifications can be bewildering and overwhelming. Compounded by a lack of visibility over the quality of training providers and the employment outcomes for those courses. There are over 1,400 qualifications on offer and almost 17,000 units of competency. There is also substantial variation in fees for students depending on which state they are in.”

“It is no wonder that when faced with this complexity, many potential students default to the university system, even if their career could be best enhanced through vocational education. I want those trade and skills jobs to be aspired to, not looked down upon or seen as a second best option, it is a first best option.”

He said the Government has embarked on a series of Skills Organisation Pilots – in human services, digital technologies and mining -to give industry the opportunity to shape the training system to be more responsive to their skills needs and take responsibility for qualification development.

The National Skills Commission will now provide publicly available, detailed labour market analysis, including an annual report each year setting out the skill needs of Australia, replacing those existing lists for apprenticeships and skilled migration. This will be supplemented by the publication of closer to real time data on the labour market drawing on emerging data sets, such as single-touch payroll, to flag emerging skills shortages and other labour market trends and pressures.

“The Commissioner’s analysis is what will also help…students with their career and training choices via the National Careers Institute (NCI), by giving them the most accurate and comprehensive data on where skills gaps and jobs are. Equipping employers, equipping employees, equipping students and their families.”

Three. The current National Agreement for Skills and Workforce Development between the states and the Commonwealth is fundamentally flawed and it has to change.

The Prime Minister said that, by law, the Commonwealth must hand over to the states and territories $1.5 billion every year in untied funding every year – with no end date and no questions asked.

He said VET funding had fallen across all jurisdictions with the exception of Tasmania. Changes proposed through JobMaker include:

He said the national hospital agreement provides a good model for the changes he would like to advance.

Forsythes Training supports a focus on delivering the right skills and training for economic success.

Training is always developing and changing to meet the needs of industry, business, workers and the economy. Industry has a vital role in setting qualifications.

In its 30 year history, Forsythes Training has been at the forefront of delivering quality training that enhances the skills and competencies of workforces. Forsythes Training’s success is due to the fact that it always works with industry and businesses – customising and contextualising training – to make it relevant and achieve business outcomes.

It was one of the first registered training organisations to be accredited to deliver the new TAE40116 Certificate IV in Training and Assessment Education when the previous qualification was determined to not be meeting the competitive needs of Australia. Other training organisations said implementing the new TAE qualification was too hard but Forsythes has successfully worked with clients to deliver the new qualification, and upgrades to it, across a range of industries.

Simplification and consistency, with better targeting, of government funding subsidies is an important reform. Forsythes Training uses current NSW Smart and Skilled training subsidies to support its clients to gain skills and competencies defined by Government as essential to enhanced productivity and economic success.

Face-to-Face training is coming back but online learning is here to stay! For more information, or if you wish to talk to a trainer and assessor, please call us on (02) 49220122, complete the contact us form and subscribe to keep up to date.